Sahil Lavingia is the founder and CEO of Gumroad.

He is also an author, investor and painter.

His mother, Shamina Lavingia  works as a Finance and Accounting Consultant in New York.

His father, Ayaz Lavingia worked in the financial services.

From a humble family-

His grandparents struggled from poverty in India.

Even though Sahil’s parents weren’t well off, they moved to the United States for higher education and eventually, well-settled.

Both his parents studied MBA from Baruch College in New York.

At 4, Sahil moved to Hong Kong and the next year, he moved to Singapore.

Then he moved to London and after a couple of years, returned back to Singapore where he grew up until he turned 17.

Then, Sahil moved from Singapore to the United States to attend University of South Carolina (USC) to study computer science.

He became financially independent at 15.

He learnt the Objective-C programming language, thanks to the free CS193p course of Stanford University on the iTunes U.

It took Sahil three weeks to learn iOS development and he started developing his own apps.

Taxi Lah! was his first app and this app was developed for people to call a cab from their phones.

Sahil built a total of 20 apps and since the beginning, all his apps were paid apps and later, he sold all of his apps on Flippa.

After moving to the United States, Sahil started actively blogging and tweeting and this caught the attention of Pinterest and so, Pinterest invited him to join the company.

In 2010, at 18, he dropped out of USC to join Pinterest and became the second employee of Pinterest.

During that time, Pinterest was an early stage startup and had around five thousand users.

Here, Sahil worked as a Software Engineer and Designer and designed and shipped Pinterest for iPhone.

By the time he was working at Pinterest, he had built a strong network with people like Naval Ravikant, Seth Goldstein, Semil Shah, etc.

In May 2011, Sahil designed a pencil icon in Adobe Photoshop for a Mac app (he never released this app) and wanted to sell this to his online followers on Twitter and Dribbble but quickly realised that it wasn’t easy to sell online.

During that time, selling digital products online was a manual process as creators used to request money through PayPal and then share the files through services like Dropbox, etc.

On a Friday night, Sahil observed a business opportunity in this and also observed that musicians, designers, writers, photographers, filmmakers, painters, stand-up comedians, etc. would create content on computers and phones and would like a seamless avenue to sell the content.

So, he started building Gumroad on that weekend and on Monday morning, he built a prototype for Gumroad and tweeted about it and also shared the news on Hacker News where it performed well and raised to number one.

Initially, Gumroad was just a Python file with around 2700 lines of code.

Quitting his job to work on his startup-

While working at Pinterest, an investor appreciated his idea of Gumroad and suggested he work full-time on Gumroad and raise money for it.

So, in August 2011, Sahil quit his job at Pinterest and from September 2011, started working full-time on Gumroad, he was 19 at that time.

At that time, he was greatly inspired by the startup culture of Silicon Valley.

Bill Gates and Steve Jobs were Sahil’s ideals and he was inspired by their role as founders creating a large impact.

This was one of the inspirations behind starting Gumroad and thanks to this, he felt an urge to quit his job at Pinterest and work full-time on his company.

At that time, Sahil felt that at Pinterest, he was replaceable whereas for Gumroad, he was irreplaceable as he was the only one capable of working on his idea of Gumroad.

Previously, he was also impressed by Cory Levy.

As Sahil was already in touch with some great investors, he pitched Gumroad to them and succeeded in raising money within four days.

He succeeded in raising $1.1 million in the seed round from investors like Naval Ravikant, Max Levchin, Chris Sacca, etc. and from venture capital firms namely Collaborative Fund, Accel Partners, and First Round Capital.

In May 2012, Sahil with his tiny team of three employees was able to raise $7 million in the Series A round from Kleiner Perkins, he was 19 at that time.

By the time he turned 21, he raised around $10 million for Gumroad.

The most difficult time-

In 2015 even though Gumroad was growing and had some users, it wasn’t growing exponentially as expected by venture capitalists and wasn’t profitable yet.

Sahil approached many venture capital firms to raise money for the Series B but couldn’t succeed.

Sahil also froze the hiring process and moved to a smaller office.

From January 2015, he along with his employees started seriously focusing on growth and on the things that move the needle.

But as the results weren’t satisfactory, in November, the company downsized from 25 to just 5 employees, Sahil laid off many of his best friends.

Some investors suggested he shut down the company and go after another fresh startup idea, but as by that time many creators were earning a livelihood through Gumroad, he couldn’t shut it down.

Further, the company downsized from five employees to just him and in 2016, Sahil started building Gumroad from scratch.

After facing setbacks with Gumroad, Sahil found it difficult to live in San Francisco as here the atmosphere revolved around startups and he was constantly reminded of the state of his startup which he didn’t like.

So, in 2017, he moved to Provo, Utah and took up his hobbies of writing and painting to relieve from the stress of failure and meanwhile continued working on Gumroad.

While living in Utah, Sahil wrote an article explaining about his startup journey and its ups and downs which became very popular and was read by hundreds of thousands of people and later, inspired him to write his book.

Since August 2020, Sahil has been a part-time investor through SHL Capital and has invested in many startups namely, Movable Ink, HelloSign, Notion, Figma, Clubhouse, etc.

An interesting fact- For the first time, at 18, he invested in HelloSign.

His book & a bibliophile-

On 26 October 2021, Sahil published his first book titled- The Minimalist Entrepreneur: How Great Founders Do More With Less.

He is a book lover and loves reading long-form books on Kindle.

Some of Sahil’s favourite books are The Rational Optimist, Ice Age, The Fabric of Reality, The Beginning of Infinity, The Black Swan: The Impact of the Highly Improbable, Skin in the Game: Hidden Asymmetries in Daily Life, etc.

He loves the books written by Matt Ridley and Nassim Nicholas Taleb and loves reading Sci-Fi and physics books.

He also has a YouTube channel and a blog.

Sahil is married to Kaede Takeshige.

She works as a Modeler at Laika.

So, how are you inspired by the success story of Sahil Lavingia?

As an Amazon Associate I earn from qualifying purchases.

Ali Abdaal is a popular YouTuber. He has more than three million subscribers on his YouTube channel by the name Ali Abdaal. Ali is also a blogger, podcaster, entrepreneur, writer and former doctor. Introduction- Ali Read more…

Lana Blakely is a popular YouTuber. She has more than one million subscribers on her YouTube channel, Lana Blakely. Introduction- Lana Blakely was born on 1 February 1995 in Sweden. She grew up in Stockholm, Read more… 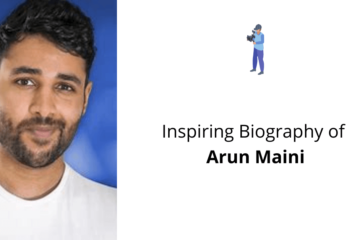