Ritesh Agarwal, the founder and CEO of Oyo Rooms (OYO) is now the second youngest self-made billionaire in the world with a net worth of $1.1 billion.

In order to completely know the success story of Oyo Rooms, first of all, we should learn about Ritesh Agarwal.

Since his childhood, he wanted to become an entrepreneur.

Ritesh Agarwal got to know about the term entrepreneur from his elder sister, who once attended the entrepreneurship fest in an engineering college.

He did not know the meaning of entrepreneur, so he looked for this word in Oxford Dictionary and found that an entrepreneur is somebody who solves a problem and makes a business along with it.

He grew up seeing the Indian start-ups and was a hungry young teenager, who wanted to solve problems and make a living by it.

In his teenage years, Ritesh Agarwal founded a small company by the name Oravel in 2012.

Initially, he travelled to Haryana, where he used to identify many small hotels which had very low occupancy rate and used to negotiate with the hotel owners to allow them to do his business, but as he was a teenager many rejected him.

Ritesh Agarwal’s business plan was to rent those unoccupied hotel rooms and earn a commission.

He convinced the hotel owners that he will share only profits with them and not any losses.

After completing his education, Ritesh Agarwal was given freedom to go to any part of the country to pursue his further education.

Ritesh Agarwal went to Kota, Rajasthan because it was near the capital of India, New Delhi where he can attend conferences on entrepreneurship.

Everyone thought that Ritesh Agarwal was into engineering but he was into entrepreneurship.

Another reason for him to choose Kota is that this place was far away from his hometown, which allowed him to focus only on his work without his family’s interference.

He attended every seminar, sessions and courses on entrepreneurship and craved to do something novel and unique.

Travelling all over India-

Ritesh Agarwal used to travel a lot all over India and noticed that almost all the small-scale hotels did not have proper maintenance and were mostly unclean and provided very bad experience to the customers.

Also, the check-in and check-out for consumers were not good.

Ritesh Agarwal saw an opportunity in this problem and decided that he will provide great living spaces at very affordable prices at convenient locations for everyone.

In a good company-

Ritesh Agarwal surrounded himself around entrepreneurs because he wanted to grow as an entrepreneur.

So he moved to Delhi, where he used to work for entrepreneurs and returned to Kota only to attend his examinations.

Luckily, Ritesh Agarwal used to score well in his examinations.

He later applied for the Thiel fellowship.

Here, a hundred thousand dollars will be provided to 20 young people across the world on a condition that they must drop out of college.

Ritesh Agarwal was the first Asian to get selected for Thiel fellowship amid severe competition from all across the world.

Later as part of this program he moved to the United States, which changed his mind-set in many ways.

Ritesh Agarwal encountered many entrepreneurs in the United States who wanted to be the biggest and best in the world in their field.

He saw a small entrepreneur, with only 20 consumers who was aspiring to get very big.

So, Ritesh Agarwal realised the big scale of ambition.

Later, Ritesh Agarwal came back to India and wanted to become an entrepreneur.

So, he decided to enter into leasing and franchising small hotels in India.

In 2016, during the economic recession period, Ritesh Agarwal decided that instead of being an aggregator, OYO will act as a full-scale leasing and franchising company.

Luckily, this project was a run-away success for both OYO and its hotel partners.

In the initial days, Ritesh Agarwal himself bought toiletries and other necessary items from the nearby market and used to upgrade the hotel rooms.

He decided to scale up this business model in order to gain more profits, which is when he established OYO.

OYO refers to On Your Own.

Apart from India, he also has huge business in China.

Ritesh Agarwal took the help of technology to grow his business by leaps and bounds.

With the help of modern technology, OYO is operating at a very rapid pace and efficiency.

Since his childhood, Ritesh Agarwal was very well-versed in technology so much that in his school days, he used to practice coding.

This helped him to develop the best software tools for his company.

This resulted in good profits for both OYO and hotel owners, who began to associate with OYO more often and they also used to refer OYO to other hotels.

For all these technological support OYO is employing the best engineers from the various prestigious institutions like IITs, etc.

OYO uses a proprietary application for its employees by which the managers can estimate the price of a particular hotel room in any part of the world.

He noticed that many small hotels which were mostly unbranded were not making good businesses.

So, Ritesh Agarwal converted those unbranded hotels into branded hotels and began to provide good experiences to customers at affordable prices.

He realised that many businesses focus only on big hotels with more than 100 rooms, but in the real world majority of hotels are of small scale, with less than 100 rooms.

OYO assists small hotels in each and every way possible in almost all areas like staff training, helping them to maintain uniformity, quality and standardization in a very cost-effective manner.

Here, OYO functioned as an aggregator of small hotels.

The main pillar in the success of OYO, is that OYO claims complete responsibility for customer experience and satisfaction.

OYO greatly strives to improve customer experience by helping them to easily book a hotel room, check-in, and check-out and thus OYO provides state-of-the-art experience to its customers.

The only thing the hotel owner needs to do is to properly maintain the hotel, so it looks clean and tidy and modern.

OYO performs extensive auditing of each and every thing and sees which practice is bringing the best outcome, and repeats this practice on a very large-scale.

The other reason for the success of OYO is that OYO values its customers’ feedback and tries to implement them.

OYO provides its customers with various technological tools, by which customers can lodge complaints and give feedback.

OYO has set up over 25 Skill and training, R and D and Renovation institutes for its employees.

Now, Oyo Rooms are present in 80 countries with partnerships with more than 43,000 hotels and 150,000 vacation homes.

Oyo Rooms have a good presence in countries like India, China, Malaysia, Nepal, Indonesia and UAE.

Feedback from readers is highly appreciated; it helps me to deliver better results to you.

What is the full form of Oyo?

The full form of Oyo is On Your Own.
This implies that when you choose Oyo for hotel rooms, you can complete the room booking process on your own.
Also, while travelling across the country, you need not worry about having an acquaintance in the area for providing you accomodation.
With Oyo, you can be completely on your own and book rooms conveniently in many cities across the country.

How did Oyo start?

Oyo was started when Ritesh Agarwal found that most of the small hotels in India weren’t of satisfactory quality.
He realised this after travelling all over India and this realisation gave birth to Oyo which aims to provide accommodation properties at affordable rates.
Oyo was started in 2013.

What is Oyo famous for?

Oyo is famous for various reasons and they are as follows-
• Oyo Rooms is famous for its wide network of hotels in many countries.
• Oyo is also well known for its affordability and ease of booking hotel rooms.

Can I give my house to Oyo rooms?

Yes, you can list your property (home) with Oyo rooms.
All you have to do is visit Oyo website and provide your name, mobile number and city and request a call to get associated with Oyo.
Once the call with Oyo is fruitful, you can sign up with Oyo and then, Oyo will provide you with their technology suite for operations.

Is Ritesh Agarwal an IITian?

No, Ritesh Agarwal isn’t an IITian because he never attended an IIT.
He attended Indian School of Business and Finance, Delhi but dropped out of it in 2013.

Is Oyo a Chinese company?

Hi, I am Naveen Reddy, a post-graduate in Master of Pharmaceutical Analysis. Since my early school days, I used to read every article and book I could find on motivation and with the passage of time, I only grew more passionate about this topic.

Thank You very much Aditya.

Thank You very much for your compliment. I will definitely post such articles on a very regular basis.

Good job Mr Naveen
This article is good and with clear message
I intrested to see more articles from you .

Ankiti Bose is the CEO and one of the co-founders of Zilingo. Zilingo is both a marketplace and shopping platform for fashion and lifestyle products. The story of Ankiti Bose is very inspiring as she Read more… 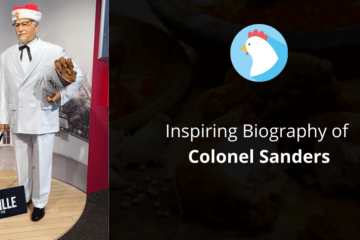 Colonel Sanders was an American entrepreneur and the founder of Kentucky Fried Chicken. His life story is very inspiring because he didn’t give up even after getting rejected 1009 times and went on to found Read more… 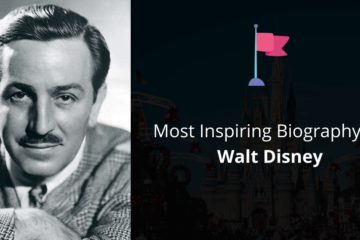 Walt Disney is the creator of some of the most famous cartoon characters like Mickey Mouse, Donald Duck, etc. For his contributions to the animation world, he had been awarded Oscar for 22 times and Read more…