Alexandra Mary Hirschi (Alex Hirschi) was born on 21 September 1985 into a conservative family in Queensland, Australia.

Her father, Richard is a farmer and a local businessman.

Julie is her mother.

Alex is the middle sister out of three siblings.

Nina (eldest) and Lil Kate are her sisters and Jay is her brother.

Alex has always loved cars since her childhood.

At 11, she drove her first car, a Toyota Hilux on private land for learning driving.

Even though Alex crashed into a gate on her first day of driving, she learnt driving on that day itself.

And at 17, she got her driver’s licence.

Alex grew up in the countryside in Queensland.

At 13, she along with her mother moved to Brisbane, Australia to attend high school.

Alex’s father stayed back at home in Queensland to look after his farm and business.

Later, for her further education and career, she travelled to Switzerland, Hong Kong, Singapore, London, United Arab Emirates and finally settled in Dubai.

After finishing her schooling, in 2004, Alex joined Queensland University of Technology (QUT) in Brisbane to study Journalism and Business.

While studying here, she did various internships at radio and television stations as a broadcast journalist.

Alex worked as a radio and TV news presenter for Southern Cross Austereo in Brisbane from 2006 to 2007.

She graduated in 2008 with distinction.

In her final year of college, Alex studied from City University of Hong Kong.

In November 2009, Alex joined Hong Bao Media in Singapore to work as a presenter and producer for eight months.

Later, in September 2010, she moved to the United Arab Emirates to work as a Corporate Service Coordinator for Deutsche Bank.

Then, in September 2012, she joined Arabian Radio Network in Dubai and worked as a Presenter until March 2017.

Alex moved to Dubai with her husband, Nik Hirschi.

She got the opportunity to interview people like Jake Gyllenhaal and John Travolta.

From Radio Blondie to Supercar Blondie-

While working for the Radio Network, Alex was known as the Radio Blondie.

As she was the only petrolhead (car fanatic) in her office, in January 2015, she got an opportunity to work with Bentley on radio for their Bentley Continental GT.

Alex’s job involved attending events, driving cars and reporting about them on radio.

Once, as an act of gratitude, Bentley Motors offered her a Bentley Flying Spur car for a weekend and as she already loved driving and cars, she readily accepted it.

She started working on social media as Supercar Blondie alongside her full-time job.

Finally, Alex quit her job as a radio presenter in March 2017 and to fully focus on her social media career.

At that time, she had around 60,000 followers on Instagram.

Initially, Alex did a lot of hard work in approaching the automobile brands.

She used to regularly attend the industry events to build rapport with people involved in cars.

Fortunately, Alex’s efforts were fruitful and she was able to get luxury cars of popular brands like Ferrari, McLaren, etc. to drive.

As she already worked as a journalist, the car brands were confident and comfortable in working with her.

There are three main reasons for her success and they are, producing content on a regular and consistent basis, infusing fun into her videos and creating videos by keeping beginners in mind.

As there are more beginners in the car world than experts, Alex’s videos get millions of views and this makes her very popular.

These millions of followers make Alex one of the biggest automobile influencers in the world.

Alex is married to Nik Hirschi.

She and her husband co-founded Supercar Blondie.

He had a successful 17 year long career in finance but he quit his job on 15 April 2018 to work alongside his wife for Supercar Blondie.

Some interesting facts about Alex Hirschi-

So, how are you inspired by the success story of Alex Hirschi? 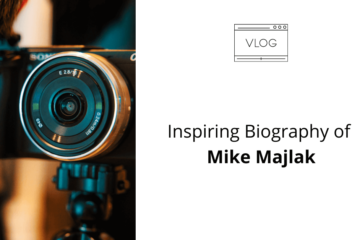 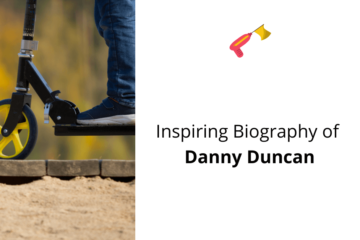 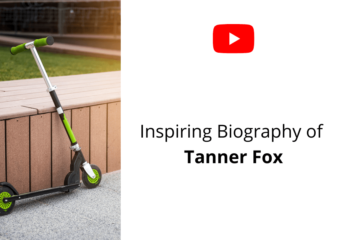 Tanner Fox is a very popular YouTuber. He has more than ten million subscribers on his YouTube channel by his name. Tanner is also a popular scooter rider. Table of Contents Introduction-Skateboarding-Vlogging since childhood-Scootering-Difficult phase-Passion Read more…